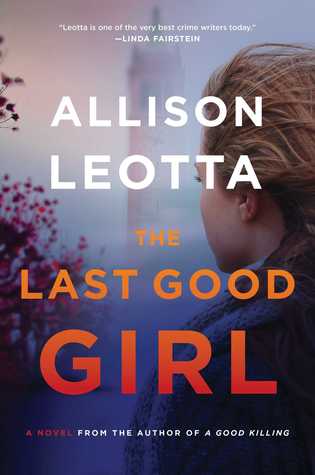 When I started reading this book, I didn’t realize it was a part of a series. I should know better as this has happened to me before. Had I checked Goodreads, I would have seen that it was in fact book #5 of the Anna Curtis series by Allison Leotta. However, the description intrigued me so I thought I’d give it a go……..and I’m really glad I did.

Prosecutor Anna Curtis is at home relaxing with her sister and niece when she sees the news that a university student is missing. When they play the grainy surveillance footage that shows the girl being pursued by a man the night she was last seen, Anna says a little prayer for her. What Anna doesn’t realize is that she will soon be at the center of this story, an integral part of the investigation into what has happened.

At the same time Anna is also trying to figure out a few things in her personal life.

Emily Shapiro (it does say Emma in the description but her name is Emily in the book) is a freshman at Michigan university who has gone missing. Emily recently filed rape charges against a member of the a popular fraternity, nicknamed “the rape factory.” Right away the boy in the tape is identified as Dylan Highsmith. Dylan is the student that Emily filed charges against.

Making the case even more sensitive is that Emily’s father is the president of Tower University. As well, Dylan Highsmith belongs to Beta Psi, a powerful college fraternity. His father is also a very powerful politician. Anna and her team are worried that Dylan’s father will impede the investigation.

Anna finds out that Emily was keeping a VLOG for one of her courses she hopes that it will help her learn more about Emily and Dylan.

The majority of the story is told from Anna’s point of view but with a few others mixed in. We are given more background into Anna’s life and some difficult choices that she’s facing. There are also chapters with Emily’s VLOG that really added to the story. I was gripped from the first page right through to the end of the book.

This book is inspired by real life stories and I have seen many of these cases in the news. It’s hard to believe that things that are portrayed in this book still go on, but the sad reality is that they do. There were a couple of parts in the book that upset me so much that I was literally shaking. Not only in regards to sexual assault but also college hazing. I wanted to think that what I was reading was fiction or an exaggeration but I know that’s unlikely.

I don’t understand how some Universities can care so little for their students. Some do seem to be about the big donors and making sure that they keep incidents out of the media. On top of that there are many cases where Universities have outright lied about how many actual assaults occurred on campus. When I came to a part of the book where a College Sexual Assault Disciplinary Hearing was taking place, I was horrified. I have a feeling that some of these hearings have definitely gone the way it was depicted in the book.

I found it interesting that the author was a federal sex-crimes prosecutor in Washington, DC for twelve years before she decided to focus on writing full-time. I think her experience shows in her writing.

THE LAST GOOD GIRL is a well-written, entertaining novel with some very important messages. I read this book in just a few sittings. Some parts were very uncomfortable to read but I’m very glad that I stayed with it. I’m positive this won’t be the last book by Allison Leotta that I read.

2 thoughts on “Review – The Last Good Girl by Allison Leotta”