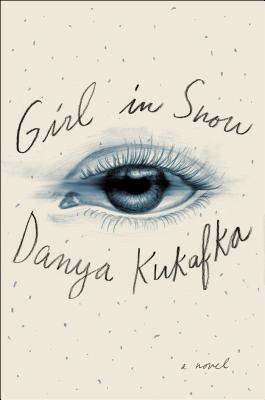 I was quite intrigued after reading the description for, GIRL IN SNOW. The mysterious death of a small town girl and the secret lives of three individuals connected to her. A socially awkward boy who was in love with Lucinda, a teenage girl who despised Lucinda, and the detective investigating her death.

The story is told from the perspectives of Cameron Whitley, Jade Dixon-Burns and Detective Russ Fletcher.

The principal of Jefferson High School has called an assembly to tell the students about Lucinda’s death. Cameron has quite a physical reaction to this news. In the days ahead, Cameron recalls this as the moment he lost her. After the announcement, speculation starts immediately. Some said she was sexually assaulted, others said she killed herself, the rumors run rampant. A lot of students are genuinely sad, while others like the drama….

Cameron tries to recall where we was when Lucinda died, but he can’t remember.

Cameron likes to play “Statue Nights”.  He started playing this at age twelve. He believes that if he stands perfectly still he can’t be seen.

“The game of Statue Nights began with the Hansens, next door. Cameron would stand on the curb outside their house for hours, watching them eat microwaved food, and argue”

It’s wasn’t long before he started playing Statue Nights while watching Lucinda. Cameron has a lot of anxiety and often gets “Tangled“. Tangled is a word he uses to describe when he gets worked up about something.

Jade Dixon-Burns…….straight up hated Lucinda and doesn’t even try to hide it. Jade feels that Lucinda stole everything from her. She took her babysitting job but most importantly she stole Jade’s best friend. Jade is really irritated by the fact that Lucinda didn’t seem to notice who she hurts. Jade often says whatever pops into her head. She feels like she can’t even fake sadness over Lucinda’s death.

Interspersed thought-out the book is a screenplay written by Jade. “What You Want to Say But Can’t Without Being a Dick”, was about what she said to people vs. what she’d wished she said.

Detective Russ Fletcher is an officer with a sketchy past who is investigating the death of Lucinda Hayes. He’s been hearing rumors about Cameron Whitley and how he liked to follow and watch Lucinda. He has another connection to Cameron Whitley. The detective made a promise to someone years ago, a promise he intends on keeping.

“We’ve got a body“, are words that Russ hasn’t heard in all his years on the job, most of his career has been spent on things like speeding tickets….small time stuff. He’ll soon find out that he’s connected to this crime in ways he’d never have expected.

We learn more about the inner lives of these three characters. There are quite a few people who may have had reason to kill Lucinda. Was it Cameron, who liked to watch her and can’t remember where he was when she was killed? Or Jade who so deeply despised Lucinda? Or could it be someone else? Cameron appeared harmless and I felt sorry for him. But harmless can also be dangerous. There’s a fine line between love and obsession.

While the mystery surrounding Lucinda’s death was intriguing, I didn’t feel connected to Lucinda herself, only as the victim of this horrible crime. It felt like more of a character study than a mystery or thriller. Quite slow at times, I found myself having trouble staying connected to the story. However, there was some really beautiful writing, including quotes that I want to remember forever. But it felt like there was quite a bit of extra writing, as well as a few extra characters, whose purpose I didn’t really understand.

All that being said, “Girl in Snow” was thought-provoking and interesting. I appreciated learning about the characters (some more than others). I especially enjoyed Jade’s chapters, learning about her life, her mother, and the experiences that helped define her. It was interesting seeing how her character developed over the course of the novel. I loved the addition of her screenplay. I had no idea who killed Lucinda, although I had my suspicions. So how everything played out was quite surprising.

All in all, I thought this was pretty good for a debut novel, though I wished there had been more focus on the plot and less on each individual character. The writing was still very good and I would absolutely read more from this author.

Thank you NetGalley and Simon & Schuster for providing an advanced readers copy of this book for me to read in exchange for my honest review.

10 thoughts on “REVIEW – Girl In Snow by Danya Kukafka”