“No one speaks of the grace year. It’s forbidden.”

Sixteen-year-old Tierney James doesn’t speak of the grace year but she’s spent a lot of time searching for clues. Unfortunately, she still doesn’t know what happens when girls are banished from Garner County for an entire year.  But she does see the haunted looks and scarred skin of the gaunt and broken looking women who return from their grace year. The ones who survived, but barely.

Tierney and other girls that live in Garner County are told that they have a magic that can make boys and men lose their minds, that their skin emits a powerful aphrodisiac, and that their youth drives older women crazy with jealousy. So in their sixteenth year, the girls are banished from Garner County in hopes that they will release their magic into the wild. During the year the girls live together but fend for themselves as they try to survive.

Tierney dreams of a better life, but she must pretend she does not dream. Dreaming is a punishable offense.

What do Tierney’s forbidden dreams mean?

Will Tierney survive the grace year? And if she does, what will happen upon her return to Garner County?

This book REALLY got into my head. I couldn’t think of anything else. I almost flipped to the end to see what happened.  Apparently, this novel has already been optioned to be a major motion picture.

The story is told from Tierney’s point of view. We see what life is like for females in Garner County. They can be accused of anything and punished for the smallest of transgressions.

I don’t usually compare books but if I did, I would have to say that this is like The Handmaid’s Tale meets The Hunger Games and Lord of the Flies with a bit of Mean Girls.

There is quite a bit of violence in this book with some pretty brutal scenes. It was a bit too morbid for me at times, but I never considered not finishing the book. I HAD to see how it was going to end.

Overall, this was an interesting and engrossing story about cruelty, strength, and survival.

I’d like to thank Wednesday Books for providing me with an advanced copy of this novel. All opinions are my own. 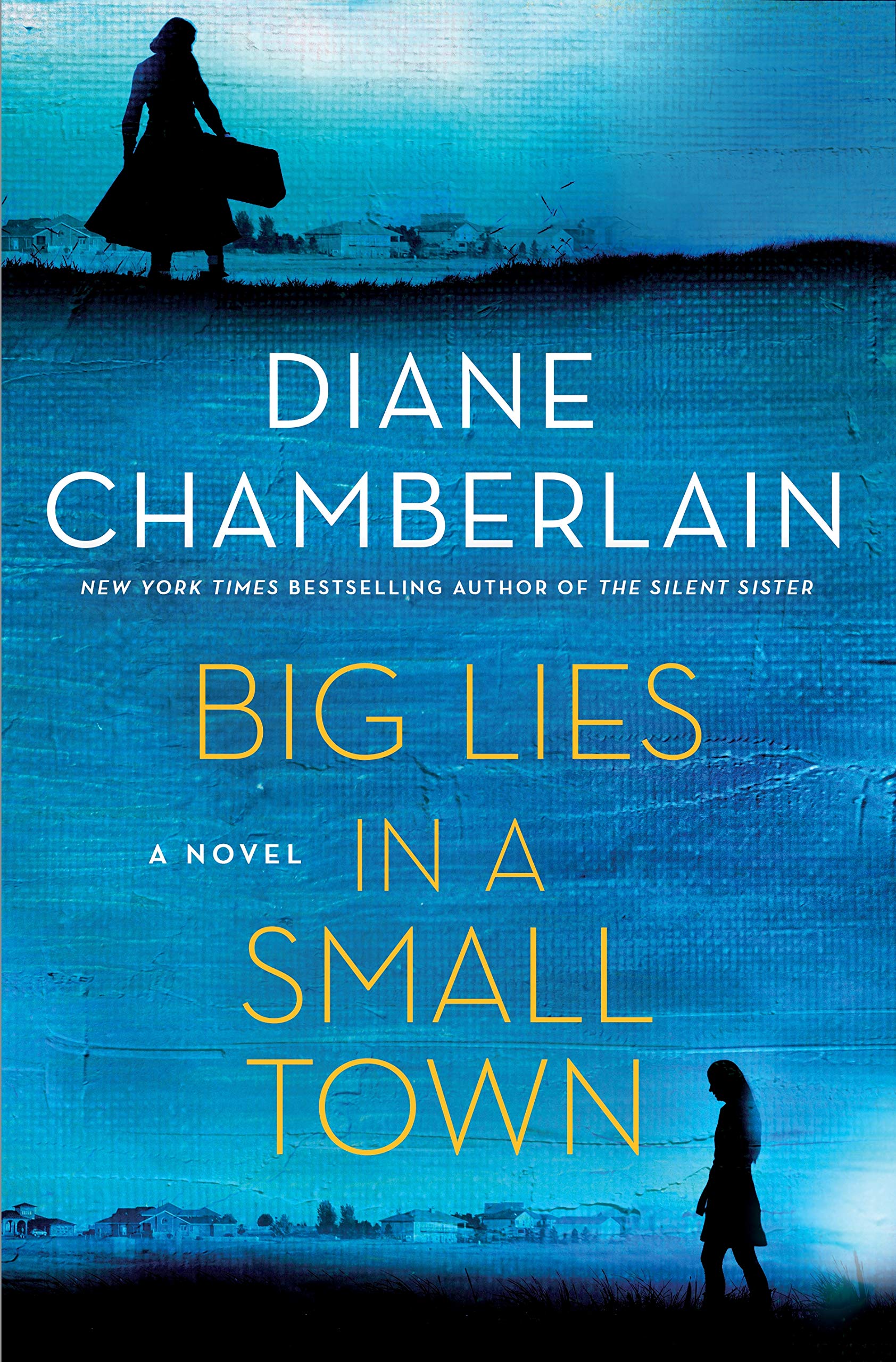 Another terrific read from Diane Chamberlain!!!

2018 – Morgan Christopher is starting her second summer in the North Carolina Correctional Facility. Morgan is surprised when she is told that two women are there to see her. She normally doesn’t receive visitors. Lisa Williams and Andrea Fuller introduce themselves and get right to the point.

“Andrea and I are here to offer you a way out of this place”.

Lisa and Andrea ask Morgan if she’s heard of Jesse Jameson Williams. Jesse Jameson was a famous artist who recently passed away. He’s also one of Morgan’s favorite artists. His work stole her breath the first time she saw it. Jesse had dedicated himself to helping young artists. He helped people that he thought had promise but were headed down the wrong path. MORGAN was to be his next project. Morgan is shocked. She never met Jesse Jameson Williams, so how did he know her?

Jesse was building an art gallery in Edenton when he passed away. Jesse wanted Morgan to restore a mural that was originally created by an artist named Anna Dale. During the depression, the government had hired artists to paint murals for public buildings. For some reason, this mural was never installed. It is meant to hang in the foyer of the new gallery. It MUST be completed by the day of the gallery opening which is just two months away.

Morgan knows she can’t refuse this offer. She will be paid to complete the project and she’ll be out of prison. She tells herself that completing the mural is nothing more than a means to an end.

Morgan has no idea just how important this mural is and what it will become to her.

What happened to the artist who originally painted the mural?

Will Morgan be able to complete it in time?

I REALLY enjoyed this novel!

The story is told from two different points of view. We learn about Morgan’s background and what led to her downfall. We also find out more about the artist, twenty-two-year-old, Anna Dale and what happened during her time in Edenton in 1939.

I found both story-lines extremely interesting. They flowed well and I liked how everything came together. I had no problem switching back and forth between the two time-frames. As usual, the author has created characters that were easy to root for. I was invested in both main characters stories and couldn’t wait to see how things worked out. The story was very emotional at times as it deals with many important issues like mental illness, racism, poverty, and more.

Diane Chamberlain never lets me down.  I loved this novel and I can’t wait to see what she comes up with next. 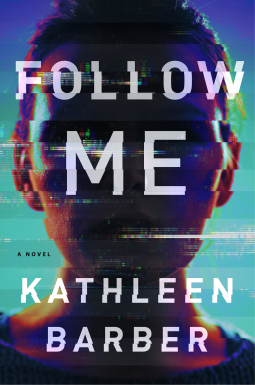 Audrey Miller has an enviable new job at the Smithsonian, a body by reformer Pilates, an apartment door with a broken lock, and hundreds of thousands of Instagram followers to bear witness to it all. Having just moved to Washington, DC, Audrey busies herself impressing her new boss, interacting with her online fan base, and staving off a creepy upstairs neighbor with the help of the only two people she knows in town: an ex-boyfriend she can’t stay away from and a sorority sister with a high-powered job and a mysterious past.

But Audrey’s faulty door may be the least of her security concerns. Unbeknownst to her, her move has brought her within striking distance of someone who’s obsessively followed her social media presence for years—from her first WordPress blog to her most recent Instagram Story. No longer content to simply follow her carefully curated life from a distance, he consults the dark web for advice on how to make Audrey his and his alone. In his quest to win her heart, nothing is off-limits—and nothing is private.

With “compelling, suspenseful” (Liz Nugent) prose, Kathleen Barber’s electrifying new thriller will have you scrambling to cover your webcam and digital footprints.

I am addicted to books that have anything to do with social media. As soon as I read the description for Follow Me, I immediately added it to my “to be read” list. I’ve since read a few reviews from friends who really enjoyed it. I’m starting it today and  I have a feeling it’s going to be a hard one to put down.

Have you read this novel yet? Do you plan on reading it? I’d love to hear your thoughts! 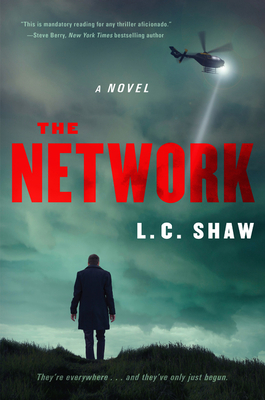 Investigative journalist, Jack Logan is surprised when he receives an unexpected visitor late one evening. His visitor is U.S. Senator Malcolm Phillips. The Senator barges in telling Jack that he needs his help. He’s talking so fast that Jack struggles to keep up. Then he hands Jack a garage remote and an envelope.

He tells Jack that he’s the only one he can trust. He wants Jack to find his wife, Taylor and take her to someone named Jeremy. Jack knows that he’ll be the LAST person that Taylor wants to see. Malcolm tells Jack to show Taylor the envelope. He says the contents will explain everything. As he runs out the door he tells Jack to remember that no matter what it looks like, he’s NOT suicidal or accident-prone.

Jack is shocked by what just happened. Has the Senator lost his mind or does someone really want him dead? And who is Jeremy? Jack sets a Google alert for the Senator’s name and starts to investigate by opening the envelope with Taylor’s name on it.

A week later he gets a Google alert.

Jack has to get to Taylor. Jack and Taylor have a complicated history and they haven’t seen each other in almost fifteen years. But she’s in danger and Jack knows he must help, even though it means he’ll be putting a target on his own back.

Taylor is shocked when she finds Jack at her door.  He quickly tries to explain what Malcolm told him and says that they must leave immediately. At first, Taylor refuses but then someone else arrives. Jack and Taylor need to leave, but how will they get past the people outside?

Now Jack and Taylor are being hunted by someone unlikely to give up until he gets what he wants.

Will Jack be able to keep both Taylor and himself alive?

This was quite an intense and exciting read!

Most of the story is told from Jack and Taylor’s perspective but does include quite a few other character’s points of view (past and present). We learn more about Jack and Taylor’s history as well as the history of “The Institute” located on a remote island and run by the mysterious and powerful, Damon Crosse.

A fast-paced and intense story about morality, politics, religion, power, corruption and more. Some parts were difficult to read but were not prolonged.  There were definitely some parts that were over the top, but like a good action movie, you know it can’t all possibly happen in real life, but it’s still entertaining. Some of the political and medical stuff went over my head, but I was still really invested in the story. I found the parts about Reality TV and society especially interesting.

A sinister conspiracy thriller with many twists and turns!

I’m looking forward to the next book in this thrilling series!

I’d like to thank Harper for providing me with a copy of this novel. All opinions are my own.