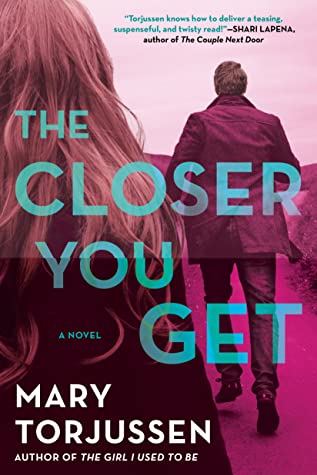 Thirty-six-year-old, Ruby is waiting for her husband, Tom to come home from work. She has something important to tell him and she’s not sure how he’s going to take it. She knows that once she has said what she needs to say, there’s no going back.

Finally, Tom arrives home and Ruby has the conversation she’s been dreading. It actually goes much better than she expected. She feels as though a huge weight has been taken off of her shoulders. For a moment, she wonders if it might have gone too well, but she pushes that thought aside.

Now she waits for someone else. But it seems like this part isn’t going according to plan

On Monday, Ruby goes to work where she’s hit with another surprise. A woman from human resources meets her at security and tells her that her contract has been terminated. Ruby has been with the company for less than two years so they aren’t obligated to tell her why she’s been let go. She’ll soon find out.

Now she wonders if she’s made the biggest mistake of her life.

But it seems like someone doesn’t think Ruby’s been through enough. She starts receiving threatening messages and prank calls. She even wonders if someone has been inside her home. Now Ruby is going to have to do something she’s rarely done before. She’s going to have to stand up for herself.

Ruby has decided that she won’t go down without a fight. But first, she’ll have to figure out who she’s fighting against.

I thought this was a very enjoyable psychological suspense novel. A well-crafted story with well-developed and relatable characters. Although I may not have agreed with all of their decisions, I still felt for Ruby and Emma and enjoyed reading both their perspectives.

The story deals with some very important issues and I thought the author handled these issues well. Though it was a little predictable at times, there were still some very good twists and turns. I was engaged from the start until the very satisfying finish. 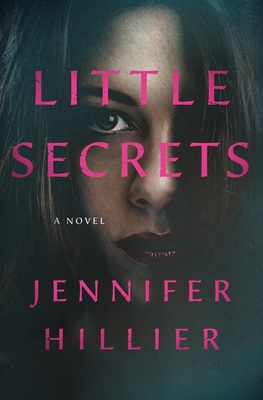 This Book definitely deserves its spot as one of the most anticipated thrillers of 2020!

I loved this author’s previous novel, “Jar of Hearts”. As soon as I heard about “Little Secrets”, I knew I HAD to read it as soon as possible. I had high hopes and I wasn’t let down.

This was a wickedly twisted and fast-paced read that satisfied me but also left me wanting more!

Sixteen months ago: Marin Machado is Christmas shopping with her four-year-old son, Sebastian. Her husband, Derek is at a pub nearby. They are just finishing up when Marin receives a text from her husband. She lets go of Sebastian’s hand to text Derek back. A minute later, Marin realizes Sebastian is no longer leaning against her. She can’t see him. She calls out his name but the market is crowded and loud. She phones her husband and someone else notifies security. A few minutes later, Derek shows up. “What the hell, Marin? What did you do?” She had only let go of Sebastian’s hand for a minute and now he’s gone. They give security a picture of Sebastian and it’s forwarded around. Then the police show up.

16 months later: Marin wakes up thinking about Sebastian just like she does every morning. Her husband, Derek is out of town again. Marin checks her phone and sees the usual text from her best friend, Sal. “You alive?” he asks. She’s glad Sal doesn’t tiptoe around her. Sal Palermo and Marin don’t have much in common, but he gets her.

Sebastian has been gone for 485 days.

Marin attends a support group for parents of missing children. It’s a safe place for parents to vent their feelings. Marin’s therapist would like her to process what happened and move through it so she can heal. He doesn’t understand that she WANTS to fixate on it. He also had a very strong reaction to the secret she shared during their last appointment. He told her that what she was doing was very unhealthy, not to mention…illegal.

Marin is on her way to meet up with Vanessa Castro, the PI she hired after the police stopped focusing on Sebastian’s case. Vanessa said she had some new information for Marin. “Would today be the day?” Marin meets up with Vanessa and what she’s told shakes her world once again. She’s enraged and in some ways, she almost welcomes the feeling. It’s very different from feeling sad.“Rage, on the other hand, will get shit done.” Marin is going to start her own investigation.

Wow! She’s done it again! What an awesome and addictive read!

Compelling and unpredictable, this page flipping thriller had me captivated from the start and kept me guessing all the way through.

Jennifer Hillier knows how to tell one heck of a story. She writes in a way that continually holds my interest. I loved how the story flowed. There was a lot going on but I found it easy to keep up. The story is told from two points of view and I liked reading both “sides”. The characters were complex, flawed, and well-defined.

I highly recommend this novel as well as the author’s previous novel, “Jar of Hearts”. I’m super excited to see what this talented author comes up with next! 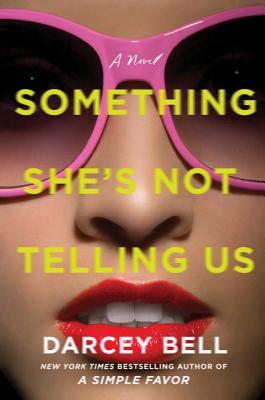 Charlotte knows she has a good life but often finds herself overcome with worry especially where her five-year-old daughter, Daisy is concerned. Charlotte is currently working with a psychiatrist who is trying to help her deal with her anxiety and her past. Charlotte knows she can’t predict the future or change the past but if she could there’s one thing she would definitely change.

Charlotte, her husband, and Daisy returned home from Mexico the night before.   Charlotte receives a text from her brother, Rocco telling her he’s home now too. They were originally supposed to be on the same flight as Rocco and his girlfriend; Ruth, but when they were about to board, Ruth couldn’t find her passport. They’d had to stay behind to sort it out.

Charlotte owns a floral-arrangement business and has an important meeting at nine am. The meeting is then postponed to four o’clock. Unfortunately, the time change means she’ll be late picking Daisy up after school. She tries but has no luck finding someone else to pick Daisy up. Charlotte attends her meeting and rushes to Daisy’s school.

Charlotte FINALLY gets to the school. Instantly she can tell something isn’t right. The teachers look confused. Charlotte asks what’s going on. “I guess there’s been a little mix-up. She’s already been picked up”. They tell Charlotte that Daisy’s aunt picked her up and that there was a man with her. But Daisy doesn’t have an aunt.

Charlotte is frantic. She worries that Daisy might not have her inhaler with her. What if she gets sick?

The majority of this story is told from the two main characters’ points of view, switching back and forth between past and present. I liked the multiple perspectives at first. However, after a while it became a little repetitive. Hearing the same part of the story from two (sometimes three) characters was a bit much at times.

I can see why this book has a lot of mixed reviews. The story was over the top.  Although it wasn’t quite what I expected, this was a quick and entertaining read that passed some time. I’m curious to see what Darcey Bell comes up with next.

Twenty-five-year old, Emira Tucker is out with friends when her boss calls to ask if she would be able to babysit for a couple of hours. Emira regularly babysits for Mrs. Chamberlain (Alix) but it is already after ten on a Saturday night. However, there has been an incident at the Chamberlain home and Mrs. Chamberlain thinks it would be better if two-year-old, Briar is out of the house while they deal with everything.  Emira explains that she isn’t exactly dressed for babysitting and that she’s had a couple of drinks. Mrs. Chamberlain says that’s fine and offers to pay Emira double her regular rate. Emira needs the money so she agrees. Her friend Zara decides to go with her so the three of them head to Market Depot so Briar can look at the nuts and smell the tea (yes that’s right).

They are all having a great time in the store.“Emira was being paid thirty-two dollars an hour to dance in a grocery store with her best friend and favorite little human.” Unfortunately, their good time comes to a screeching halt when Emira is approached by a security guard who asks if Briar is Emira’s child. Suffice to say the conversation doesn’t go well and the situation starts to escalate. “Mr. Chamberlain? Can you please come to Market Depot? Because they think I stole Briar” Another shopper manages to get the episode on video.

Life changes after the night at Market Depot. Emira isn’t sure what to do or how to feel. Alix is also upset by what happened and wishes she could make things right. Emira and Alix have more in common than they realize and after a very memorable Thanksgiving dinner, things come to a head.

Then a video of the incident at Market depot goes viral.

This was an addictive and entertaining read!

I listened to part of this book and read the other part.  Both were great but I LOVED the narration of the audiobook.

Briar really is the coolest kid ever. “Briar was constantly asking, singing, rambling, humming, explaining that she liked hot dogs, that she once saw a turtle, that she wanted a high five, that she was not tired at all.”  I could hear that raspy chatty voice even when I wasn’t listening to the audiobook. Briar is a star but the other children in the book are also entertaining. “Mommy, a penis is private. Mommy, you can’t play tag with a penis. Mommy, I have a penis and our dog has a penis and you lost yours so you need to be more careful.” Parts like that had me laughing out loud.

I loved the flow of the story and really liked hearing from both main characters. I thought I had things all figured out, but as the story went on there were some shocking revelations.

I think this would be a great choice for group reads. I’m pretty sure we’ll be seeing this on the big and/or small screen at some point.

A terrific coming of age story that gives an unflinching look at race and privilege.