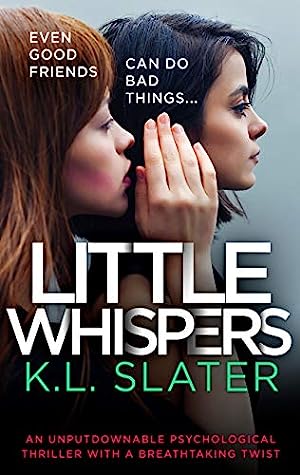 Published May 21st 2020 by Bookouture

Janey Markham and her family just moved into their new home on Buckingham Crescent. Janey’s husband, Isaac recently started a new job with a much higher salary which was how they could afford the move to this upscale neighborhood.

Janey’s mother passed away four months earlier. Just before she died, she told Janey a secret she’d been keeping for many years. She also gave Janey a box and told her that the contents would explain everything. So far, Janey hasn’t felt strong enough to open it.

Janey’s eight-year-old son, Rowan is nervous about being the new kid at his new school. Janey is also worried that she won’t fit in with the local mothers. Then Janey meets Tanya. Tanya really helps Janey settle in. Janey’s husband, Isaac worked late almost every night at his previous job. He tells her this time their family will be his priority. Unfortunately, so far nothing has changed. Janey can tell something is bothering Isaac and he keeps warning her not to get to close to their new neighbors.

Janey and Tanya’s friendship grows. Janey feels she can trust Tanya. But then one night after a few drinks, Janey shares something very personal. Immediately she regrets it, but Tanya promises she won’t say a word to anyone. But something happens that has Janey terrified her secret past is going to come out.

Janey will soon realize she’s not the only one keeping secrets. Around here, EVERYONE has a skeleton or two.

This was a fast-paced and easy read. There were some good twists and an intriguing story-line that held my interest from start to finish. Most of the novel is told from Janey’s perspective. We learn about Janey’s past and her life with her mother. I was curious about the big deathbed secret. I made plenty of guesses, but I wasn’t even close. I couldn’t wait to read how everything would come together in the end.

Another engrossing and entertaining read from K.L Slater! 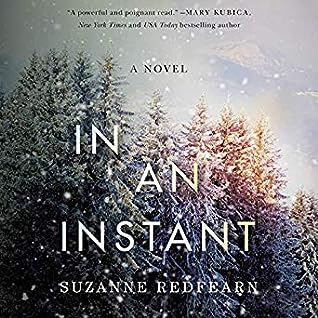 I’ve enjoyed Suzanne Redfearn’s previous novels so I wasn’t surprised that I enjoyed this one too. Actually, that’s putting it mildly. I thought this was an incredible novel. Both devastating and heartwarming, this novel is now on my favorites list.

Sixteen-year-old Finn Miller is on vacation with her family and best friend when a tragic car accident changes all their lives forever.

Because I listened to this audio so quickly, I didn’t take a lot of notes. There was no way I could stop once I started listening. I finished it in just one day. However, I still wanted to write something to try to show just how amazing I thought this book was.

“Regret is a tough emotion to live with, impossible to move on from. Because what’s done is done”

My heart was in my throat throughout most of this novel, but it was totally worth it.

Thought-provoking and heart-wrenching, In An Instant, is an amazing story of tragedy, survival, family, and the power of love.

Another 5 star novel by Suzanne Redfearn!

I hope everyone has a great week! Stay safe and well ❤