One of my favorite books this year!

A moving and powerful story!!

Rachel Krall is a former newspaper reporter whose true-crime podcast GUILTY OR NOT GUILTY turned into an overnight sensation.

“I’m Rachel Krall and this is Guilty or Not Guilty, the podcast that puts you in the jury box.”

Rachel has just arrived in Neapolis where she will be attending a trial that is the subject of the third season of Guilty or Not Guilty. The podcast will cover the trial as it plays out in court. Listeners will hear testimony and evidence just like the jurors. Rachel will also interview many people involved. It’s a lot of work, but Rachel is determined to make the third season a huge success.

Rachel is very surprised when she finds a letter on her car windshield. Although she’s now a household name, she tries to keep a low profile. True crime attracts all types of people, even the occasional psychopath. Using old photos and avoiding public or TV appearances has protected her. The letter is from a woman named Hannah. Hannah says that Rachel is the only person who can help her.

Hannah Stills was nine-years-old when her sixteen-year-old sister, Jenny died. Hannah never told anyone what really happened that night. Twenty-five years later, Jenny’s death feels just as raw as it did back then.

But one thing has changed. Hannah’s decided she won’t remain silent any longer.

Curiosity has always been Rachel’s kryptonite and Jenny’s case intrigues her. She wants to help Hannah find out exactly what happened to Jenny.

Will Rachel be able to do the podcast AND help Hannah get justice for her sister?

“This time, the truth will be heard.”

Gut-wrenching at times, this story is packed with emotions, fantastic characters, and engaging story-lines that will haunt me for a long time. Some parts may be upsetting and/or triggering for some readers. However, I feel like the author handled sensitive issues with respect.

Raw and intense. The chapters alternate between Hannah and Rachel’s point of view as well as episodes from the podcast. It was well-paced and I found it easy to follow.

An exceptional, thought-provoking read from Megan Goldin. I can’t wait to see what she writes next!! 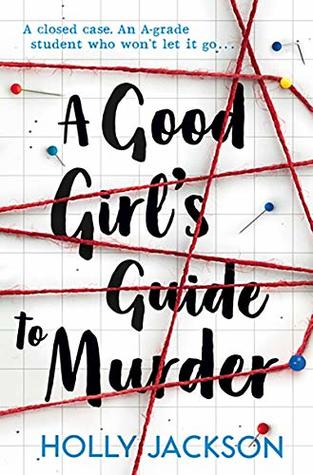 Published May 2nd, 2019 by Electric Monkey

The police, the press, and almost the whole town thought he did. And what he did after he was charged with the crime didn’t help change anyone’s mind.

But Andie’s body was never found….

Seventeen-year-old, Pippa (Pip) Fitz-Amobi isn’t so sure that Sal was guilty.  Pip chooses the case for her senior project. She even teams up with Sal’s brother, Ravi. Ravi believes his brother is innocent and desperately wants to clear his name.

After receiving some threatening messages, it soon becomes clear that someone wants Pip to stop investigating and leave this “solved” case well enough alone.

If Sal didn’t kill Andie then who did? Pip could be in danger if a ruthless killer is still roaming the streets of Fairview.

A complex and compelling story with a great cast of characters and loads of drama and tension. An excellent debut!

I don’t read a lot of young adult novels, but now and then I come across a winner!

I was gripped by the fast-paced story and finished it in just a couple of days. Interspersed was mixed media including, transcripts, text messages, journal entries, that helped pull me even further into the story. Although I figured a few things out early on, I was still excited to see what was going to happen next.

An addictive and captivating story of murder, deception, secrets, and obsession!

I’m really looking forward to reading the next book in this thrilling series by Holly Jackson. 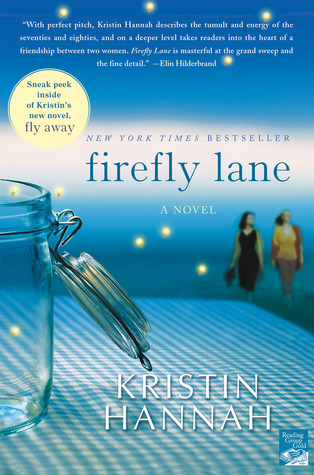 From the New York Times bestselling author of On Mystic Lake comes a powerful novel of love, loss, and the magic of friendship. . . .

In the turbulent summer of 1974, Kate Mularkey has accepted her place at the bottom of the eighth-grade social food chain. Then, to her amazement, the “coolest girl in the world” moves in across the street and wants to be her friend. Tully Hart seems to have it all—beauty, brains, ambition. On the surface they are as opposite as two people can be: Kate, doomed to be forever uncool, with a loving family who mortifies her at every turn. Tully, steeped in glamour and mystery, but with a secret that is destroying her. They make a pact to be best friends forever; by summer’s end they’ve become TullyandKate. Inseparable.

So begins Kristin Hannah’s magnificent new novel. Spanning more than three decades and playing out across the ever-changing face of the Pacific Northwest, Firefly Lane is the poignant, powerful story of two women and the friendship that becomes the bulkhead of their lives.

From the beginning, Tully is desperate to prove her worth to the world. Abandoned by her mother at an early age, she longs to be loved unconditionally. In the glittering, big-hair era of the eighties, she looks to men to fill the void in her soul. But in the buttoned-down nineties, it is television news that captivates her. She will follow her own blind ambition to New York and around the globe, finding fame and success . . . and loneliness.

Kate knows early on that her life will be nothing special. Throughout college, she pretends to be driven by a need for success, but all she really wants is to fall in love and have children and live an ordinary life. In her own quiet way, Kate is as driven as Tully. What she doesn’t know is how being a wife and mother will change her . . . how she’ll lose sight of who she once was, and what she once wanted. And how much she’ll envy her famous best friend. . . .

For thirty years, Tully and Kate buoy each other through life, weathering the storms of friendship—jealousy, anger, hurt, resentment. They think they’ve survived it all until a single act of betrayal tears them apart . . . and puts their courage and friendship to the ultimate test.

Firefly Lane is for anyone who ever drank Boone’s Farm apple wine while listening to Abba or Fleetwood Mac. More than a coming-of-age novel, it’s the story of a generation of women who were both blessed and cursed by choices. It’s about promises and secrets and betrayals. And ultimately, about the one person who really, truly knows you—and knows what has the power to hurt you . . . and heal you. Firefly Lane is a story you’ll never forget . . . one you’ll want to pass on to your best friend.

I was really excited to hear that the book was going to be turned into a series starring Beau Garrett, Sarah Chalke, Roan Curtis, Katherine Heigl among others. Apparently it will be released on Netflix sometime this year.

I hope to have the time to re-read this novel before the series is released.

A wonderfully engaging coming of age story that has stayed with me all these years. 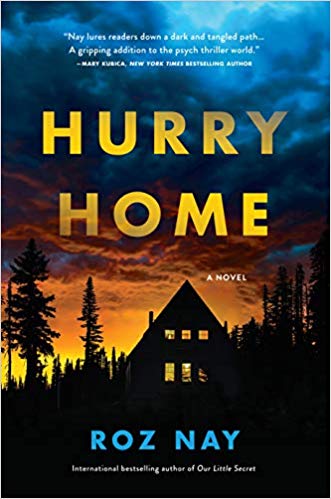 An addictive and thought-provoking read!

Twenty-five-year old, Alexandra Van Ness (Alex) lives in a beautiful apartment, has a wonderful boyfriend, and a job she is very proud of. She is a child protection social worker and her first and only goal is to save children that are at risk. To say Alex goes above and beyond is putting it mildly.

Alex and another social worker, Minerva are investigating a report of negligence involving a little boy named Buster Floyd. When they get to the Floyd home, the boy’s parents are definitely not happy to see them. Alex and Minerva explain that someone reported that Buster had been left alone in the car outside the post office. The mother has an explanation that satisfies Minerva, but she warns them not to leave Buster alone in the car again. They schedule a follow-up home visit.

Minerva feels that the visit went well and that what happened wasn’t a big deal but Alex disagrees. She feels they need to be more proactive.

After a long day, Alex is happy she’s finally home with her ever-cheerful boyfriend, Chase. They are about to eat dinner when there is a knock on the door. A woman stands on the doorstep.

It’s been more than ten years since they’ve seen each other.

At first, Alex is speechless. But when Chase leaves the room she speaks up.

Ruth wishes she hadn’t come but she didn’t have any other choice. She left Pittsburgh in a rush. It wasn’t safe for her there. She had no time to pack though she did bring something with her. She doesn’t tell Alex any of this.

There are many things she’s not telling her sister.

Alex tells Ruth that she will help her, but Ruth must follow her rules. She also makes Ruth promise that she won’t EVER talk about the past to Chase or anyone else.

“Break any of the rules and you’re done.”

Alex worries that Ruth is up to something. She’s also worried about the Floyd boy.

Sometimes no matter how hard you try, the past just won’t stay buried.

I really enjoyed this clever and unputdownable read!

The story alternates between Alex and Ruth’s point of view. Something happened when the sisters were young that changed their family forever.

The story had great characters (some that really had me fuming) and twists that I didn’t see coming. It really kept me on my toes. I didn’t know who to trust. The parts that involved child abuse were hard to read. However, I don’t feel the author went overboard in their descriptions.

A twisted psychological thriller that gripped me from start to finish.