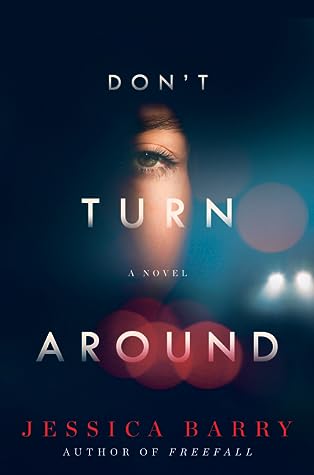 Cait Monaghan is driving the same Jeep she’s had since college. She keeps the engine running as she waits for her passenger. Cait is only supposed to wait for twenty minutes. She watches the house…
“Get ready. As soon as she gets in the car, you’ve got to go”

Finally, Rebecca McRae comes out and gets in the car. Cait introduces herself then asks Rebecca to turn off her phone.

While Cait had been waiting outside, Rebecca had been inside hesitating. So many “what ifs” going through her mind. What if someone told? She had been promised total confidentiality but she had a hard time trusting anyone, especially when money was involved.

Cait Monaghan and Rebecca McRae have never met before.  But now they are together driving through the Mexican desert headed for Albuquerque. Although Cait and Rebecca don’t know each other, to get through this drive, they are going to have to trust each other.

On the drive, many secrets will be revealed. Cait and Rebecca don’t know it yet, but they are both in danger.

The drive is supposed to take six hours….

Unfortunately, nothing is going to go as planned.

A compelling and entertaining read!!

I enjoyed this novel. The story’s engaging plot and well-developed characters had me intrigued right from the start.  I REALLY wanted to know what was going to happen in Albuquerque!

The majority of the story is told from Cait and Rebecca’s point of view, but we hear from a few other characters as well. Some chapters count down the miles to Albuquerque, while other chapters both past and present show how Cait and Rebecca got to where they are today. Although I did see a few things coming, the story still held my interest and kept me guessing. I was excited to see how it was going to play out.

A timely and thought-provoking read that touches on many important issues.

I really want to check out this author’s previous novel, “Freefall” and look forward to reading more from her in the future.