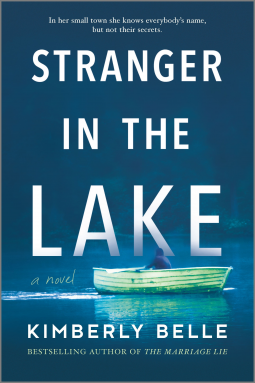 A fascinating tale of lies and deceit!

I really enjoy Kimberly Belle’s novels and “Stranger in the Lake” is no exception.

Charlotte Keller is on her way to pick up her husband from work. Paul Keller is the owner of Keller Architecture. The company sells custom house designs for million-dollar properties. Charlotte also works for the company in client relations.

Charlotte is headed towards Paul’s office when she’s approached by Jax, an unkempt man many call the town loon. At one time, Jax (son of an insurance tycoon) was a star quarterback with a great future ahead of him. He was also one of Paul’s best friends. Jax tells Charlotte that it’s important that he talks to Paul but then quickly walks away. Paul and Jax haven’t spoken in many years. Why is Jax looking for him now?

One of the designers tells Charlotte that Paul went to do some errands. Charlotte finds him down the street having a conversation with a woman she’s never seen before. Later, when Charlotte asks Paul about the woman, he claims he doesn’t know her, and that she was just asking about his coffee.

Charlotte never thought she’d fall in love with a man eleven years her senior and Paul never thought he’d marry again.  It was the fact that they’d both suffered tragedies that really brought them together. To many people (especially Paul’s mother), Charlotte was just a gas station clerk from the wrong side of the mountain. Paul said that all that mattered was how much they loved each other. Charlotte didn’t marry Paul for his money, but the security that comes with the marriage is something she doesn’t take for granted.

The next morning Charlotte wakes up alone. Paul’s left for his morning run. Charlotte realizes she left her cell phone and some work documents on the boat the previous evening. She worries they’ll get ruined so she slowly makes her way to the boat. She finds the documents and her cell phone onboard. Just as she steps back onto the dock, she sees something in the water. It’s long and white with seaweed on it. She looks closer.

She reaches for her phone but the battery is dead from being outside all night. She rushes home to the landline and calls for help.

How could this be happening? Again?

Another riveting and well-written read from Kimberly Belle!

This story makes you think about life’s defining moments. The moments that change you and make you question everything you think you know.

How well can you really know someone?

Told from multiple points of view, most of the story takes place in the present, but there are quite a few chapters from the past that add to the story.

A story of love, lies, guilt, and secrets that slowly pulled me in, then gripped me right up until its very surprising ending. 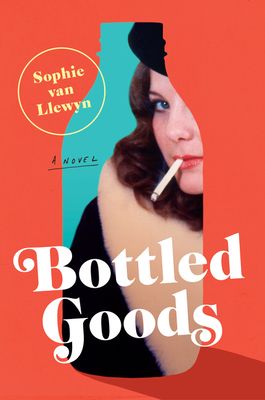 An interesting and unique read!

“Bottled Goods is written in short bursts of “flash fiction” and explores universal themes of empowerment, liberty, family, and loyalty.”

Bottled Goods is set in the 1970’s Romania during Communist dictator Nicolae Ceausescu’s repressive regime. Alina and her husband, Liviu are both teachers living in Romania. While life is far from easy, they are relatively happy.

Then came the Saturday when everything changed…

They arrive home one afternoon and find two men in grey suits waiting for them. “Please come with us. We have to ask you a few questions.”

It seems Alina’s brother-in-law; Mihai is not planning on returning to Romania.

They are persecuted for Mihai’s defection and immediately put under surveillance. They are harassed by authorities and ignored by their friends. Alina is visited by the secret police weekly, and the visits become even more terrifying.

Alina and her husband struggle for freedom. But freedom can come at a great cost.

How can they possibly escape if the government is watching and listening? Plus there are others who may want to jinx their plans.

Will Alina’s Aunt Theresa be able to help?

To be honest, “Bottled Goods” is not likely a book I would have chosen for myself. However, I’ve been trying to broaden my horizons by reading books I might not normally read.

This was a very quick read at 192 pages, and the short chapters seemed to make it go even faster. The story is told from Alina’s point of view.

The author created some very intriguing characters, especially the superstitious Aunt Theresa. I couldn’t help but feel for Alina and I can’t imagine how I would have handled the situations she was in.  I enjoyed learning more about Romanian folklore, and while I’m not a huge fan of magical realism, it seemed to fit in well here. I’m not sure how I felt about the ending but overall, I thought this was an enjoyable read.

Can’t-Wait Wednesday is a meme hosted by Tressa at  Wishful Endings to spotlight and discuss upcoming books we are excited about reading.
.
There are so many books that I can’t wait to read!
.
Here is my choice for this week:

The Four Winds by Kristin Hannah 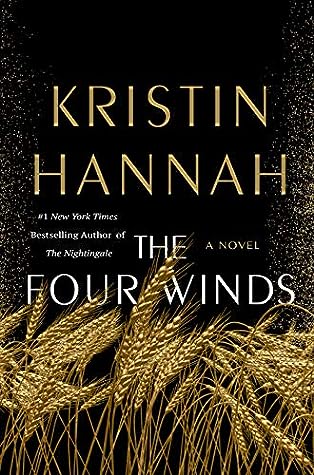 From the #1 New York Times bestselling author of The Nightingale and The Great Alone comes an epic novel of love and heroism and hope, set against the backdrop of one of America’s most defining eras—the Great Depression.

Texas, 1934. Millions are out of work and a drought has broken the Great Plains. Farmers are fighting to keep their land and their livelihoods as the crops are failing, the water is drying up, and dust threatens to bury them all. One of the darkest periods of the Great Depression, the Dust Bowl era, has arrived with a vengeance.

In this uncertain and dangerous time, Elsa Martinelli—like so many of her neighbors—must make an agonizing choice: fight for the land she loves or go west, to California, in search of a better life. The Four Winds is an indelible portrait of America and the American Dream, as seen through the eyes of one indomitable woman whose courage and sacrifice will come to define a generation.

Kristin Hannah is one of my favorite authors. I LOVE her books and have read them all. Her most recent novels, The Nightingale and The Great Alone are two of my all-time favorite books. So needless to say, I have been waiting to see when her next novel was going to be released.

Unfortunately, The Four Winds won’t be released until the new year, but I’m still looking forward to it. I think the cover is beautiful, and the description has me excited to read it.

I would love to hear what you are excited to read!